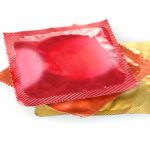 Condom Use Urged to Help Stop Spread of Zika Virus

(San Francisco, CA) – The 40th Annual National Condom Week (NCW) campaign takes place from February 14 – 21, 2017. The campaign is as an education tool to bring greater awareness to the importance of using condoms in the fight against AIDS and other sexually transmitted diseases. The timeliness of this campaign is vitally important as the Centers for Disease Prevention and Control (CDC) is now urging condom use to help prevent the spread of the Zika virus.

“I’ve been talking about the importance of condom use for years as a way to prevent sexually transmitted diseases and unplanned pregnancies,” said Fred Mayer, Pharmacist and President of Pharmacists Planning Services, Inc. (PPSI). “Sexually transmitted diseases such as gonorrhea and syphilis are on the rise but are completely avoidable simply by using a condom. Making condom use even more important this year is the fact that the Zika virus has entered the United States through sexual transmission.”
While condoms can be obtained free through many public health facilities, people are not taking advantage of cost effective means of being safe. And as a result, according to a 2014 CDC report, sexually transmitted disease cases such as chlamydia have reached a record high in the United States.

“The rise of these, and other sexually transmitted diseases, is completely preventable through the consistent and correct use of latex or polyurethane condoms during sexual intercourse,” stated Mayer. “We must take every step possible to drive this message home.”

National Condom Week was started in 1978 at UC Berkeley by Karen Hughes, MPH and David Mayer in an effort to educate and alert the public. More information may be obtained by contacting PPSI at www.ppsinc.org, email: ppsi@aol.com, phone (415) 302-7351.