It is with a heavy heart that we learn of the recent passing of Fred Mayer. Fred was the Founder of the Pharmacists Planning Services Inc. and had been an ACA Fellow since 1981.

Fred was well known to almost everyone in pharmacy as both an advocate for the profession and, for over 50 years, as a champion of many public health causes, including The Great American Smoke Out, National Condom Week, and Medication Take Back Day. Last month, Fred was honored by the Pharmacy Section of the American Public Health Association as the first recipient of the Lifetime Achievement Award.

In 2018, Fred transitioned PPSI to the ACA Foundation and we are honored to be trusted to carry on his legacy.

Our thoughts and prayers are with Fred’s family and friends.

Fred Mayer always knew he wanted to be a pharmacist, trusted and accessible to the public. He began working at Geary Drugs at the age of 12, then attended the University of California San Francisco School of Pharmacy (working 3 jobs), where he graduated in 1954. He returned to school at University of California Berkeley in 1970 and where he received his Master’s in Public Health Administration.

Fred owned and ran Sausalito Pharmacy for 35 years and became a prominent fixture in the community, pioneering such ideas as taking customer’s blood pressure inside his store, prominently displaying and promoting condom use, and banning the sale of tobacco (rumor has it that he gathered up all the cigarettes one day and had a bonfire out back).

Fred was also a pioneer in reproductive health. Working with Planned Parenthood and PTAs, Fred advocacy resulted in the reduction of unplanned pregnancies in the U.S., especially among teens, and the reduction of sexually transmitted diseases, through condom awareness campaigns (National Condom Week) and sex education in schools.

Fred consistantly inspired public health leaders to match his radical commitment to community wellbeing and tireless advocacy for consumers. He modeled collaborative public health practice as a leader in successful grassroots initiatives including the Smoke Free Marin Coalition and RxSafe Marin. Fred was appointed to the Clinical Faculty at UCSF, School of Pharmacy and Touro University, where he taught public health issues and mentored pharmacy students.

Fred served as a consultant to the United States Pharmacopeia and Drug Topics Magazine and lectured worldwide to promote the pharmacist’s role in public health. Fred was recognized by the American College of Apothecaries, the Flowers Heritage Foundation, The Pharmacy Foundation of California, the National Community Pharmacists Association, the American Pharmacists Association, and the California Public Health Association and others for his contributions to public health.

In November 2019, Fred was honored by the Pharmacy Section of the American Public Health Association as the first recipient of the Lifetime Achievement Award. 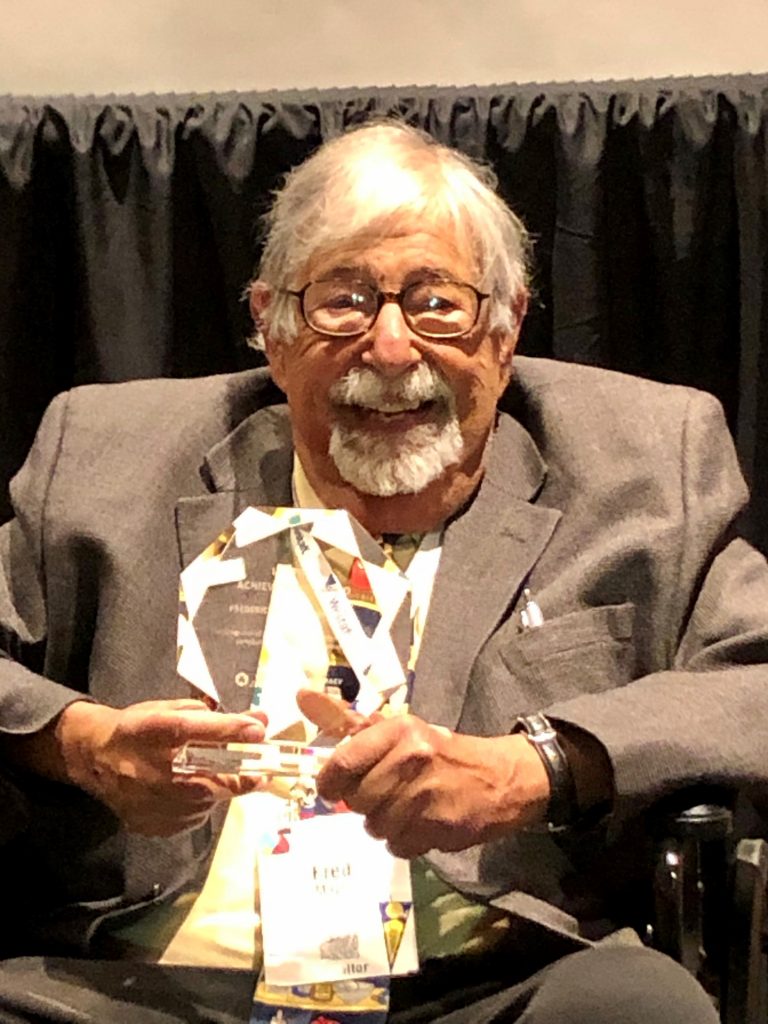